Rondo Island Pulau Weh (Sabang Island) is the outer island of Indonesia and one of the island part of Weh Island from four other islands namely Seulako Island, Klah Island and Rubiah Island which is located about 15 miles away from the city of Sabang the capital of Pulau Weh, Aceh, Indonesia. This outer island in the western of Indonesia is located in the Andaman Sea and bordered by Indian territory, the Andaman and Nicobar Islands.

Actually the zero point of kilometers west of Indonesia is on this island, but because of the distance and the access that is so difficult to this island, the zero kilometer Indonesia monument was made in Pulau Weh. The area of the island is only 0.42 square kilometers.

Rondo Island actually has many unique features and many things you can do. But only for those who love extreme adventure and explore. The island is uninhabited island, only a marine military post who control the border of the country with some of military equipment and the lighthouse. To reach this island takes approximately 1 hour 40 minutes from the city of Sabang or just less than an hour if using a speed boat from Iboih beach. To sail to this island is not as easy as sailing to Pulau Weh, there are big the waves and currents because of the meeting of two straits namely the Malacca Strait and the Indian Strait.

Rondo Island has dense forests and beautiful beaches. Around this island there are large stones towering. The meeting of two currents, north and south, causes the island has beautiful coral reefs and abundant fish resources. But for diving on this island you must have a master scuba diving certificate. It’s not suitable for the beginners.

The island has a steep land, if you are in a military guard post, you have to go down 500 steps to reach the beach. off the coast of Rondo Island has large oil reserves and can be exploited for hundreds of years based on the results sonar test and satellite imagery ever carried out from a ship. There was an investor from Abu Dhabi who wanted to explore.

For those who want to conquer the sensation of ferocious fish in these waters, you can find fishing spot around this island or you may also hiring the fishing charter with the condition of the captain already know the spots and the conditions around the island. if you know the spot, you can easily hook the predators and fierce monsters fish like giant trevally, dogtooth tuna, big grouper, marlin, ruby snapper, yellow fin tuna, kingfish, bigeye tuna and many other species fish.

If you want to fish on this island, you may also book a fishing charter from us below:

If you are interested in fishing in Pulau Weh and its surroundings or the deep seas, you can book a fishing trip below:

For scuba divers, Rondo Island has several dive sites. But only for master divers. Rondo Island is the most challenging dive site with circular currents. This dive site is one of the best diving spots and very unique with diversity. You will see coral areas with steep dropping conditions where you will meet various types of large grouper fish, coral shark, thresher sharks, manta ray, devil ray, giant trevally, dog tooth tuna, barracuda, octopus and many more. If you are happy diving around Pulau Weh, you can book a diving charter from us below:

If you are not happy with the extreme tours, you may also book other Pulau Weh tour packages or dolphins sightseeing tour below:

Read also the interesting places in Pulau Weh and Aceh below:

For those of you who are serious about visiting Rondo Island, you must prepare all your needs and stuffs because the island is very limited. 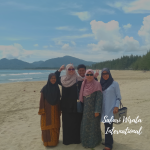 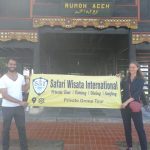 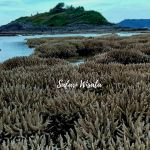 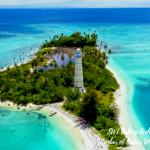 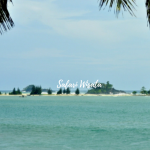